A quiet night at the Pub Scrawl this week, but that's cos Galway is as cold as a Yeti's balls at the moment. It's freezing here you guys. Though, for those of us who trekked through the ice, McSwigggans was warm enough. :)

And now some photos - 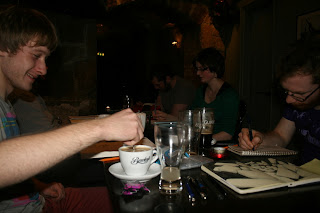 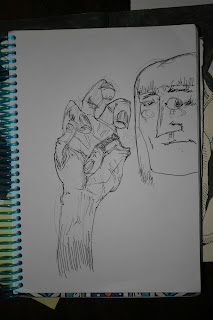 I was drawing BOOM! 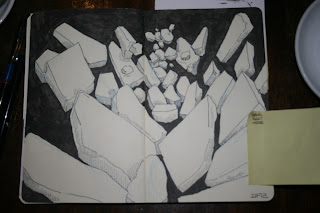 Alan was drawing ever more elaborately. He says it was cos I gave him an eraser. 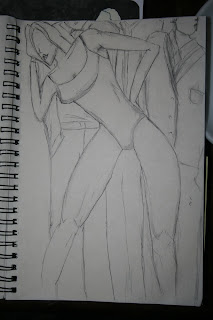 Declan was working on class project work, so I only took a small snap. 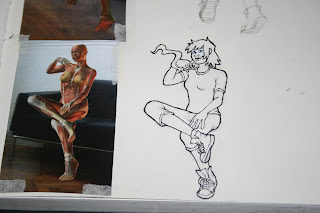 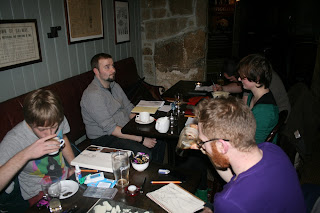 Ger drew these awesome faces in between Samurai. 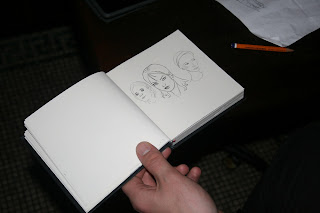 And Patrick gave us Popeye. 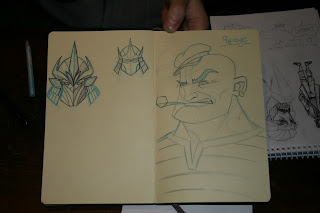