Having been very taken with the Eowyn vs. the Witch King Challenge on ArtOrder.com and all the entrants there, we set that topic as our theme! Sweet! 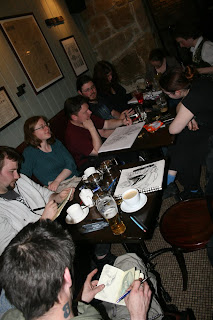 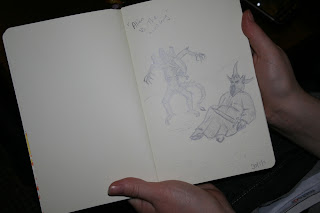 Patrick's Eowyn seems to be getting a visceral thrill out of the old backstab maneuver... 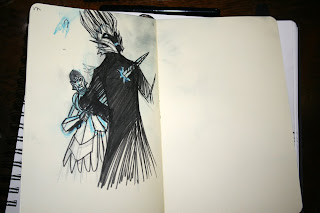 Linda created a very stylised pic, I like it. 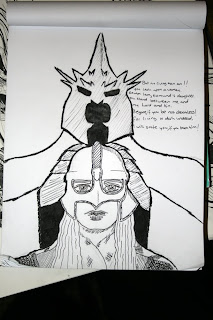 I don't know why Dermo always has to be making faces in these photos. :) 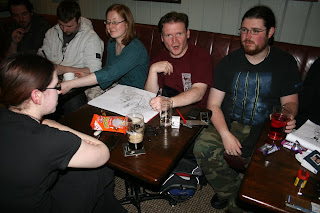 But he decided to go for Eowyn vs. Predator. 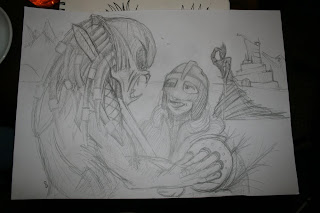 Ger & Podge had other things to be doing. No LOTR drawings for them! 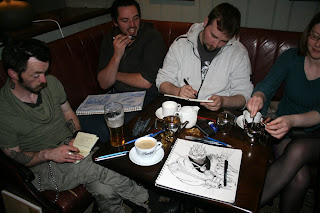 Here's my Eowyn vs. the Witch King, f'rinstance... 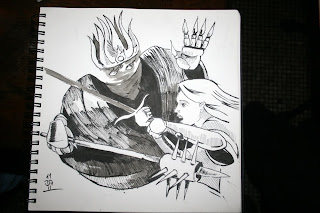 But Podge was deeply involved in his comic-y stuff 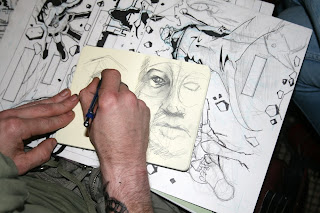 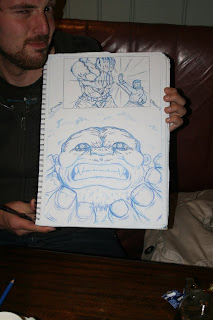 Down the far end, more Witch King-ery was going on. 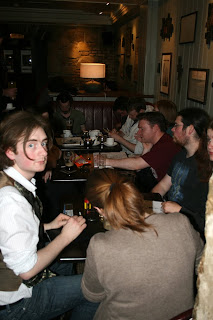 Although when we shot a picture of Mary's one, something weird happened. Scary Witch King eyes! 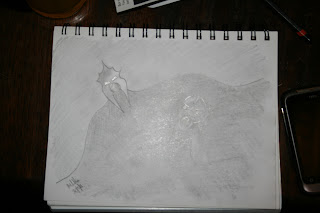 But then he relented and let us photograph him without exerting his malevolent influence. :) 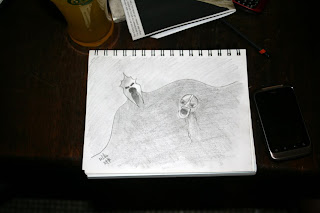 Oisin was also hitting into the LOTR goodness. 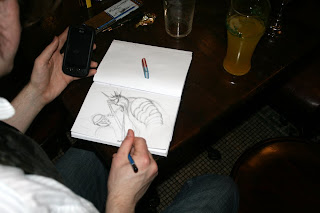 Fun! Keep an eye out for the next Pub Scrawl in 2 weeks time. Galway Pub Scrawl #42 - Ploit! Happy days.

donalfall out.
Posted by Unknown at 11:23 AM