Awesome time at the last Pub Scrawl! Sorry I've been a little slow on blog updating. I've been having a week. Anyways, what you're really here for - photos!

Quite a gathering for the scrawl! 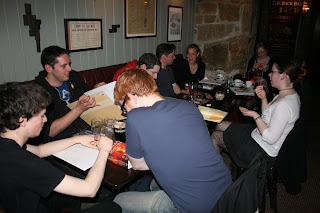 Mary was on a fruits & nuts kick - here's a nice apple from her. 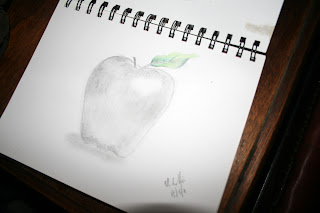 Eoghan was doing his usual maps, but there was a nice mark making going on on the page. 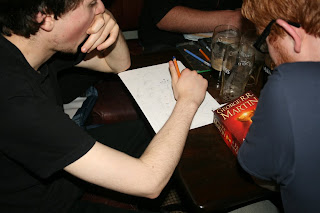 Our new Scrawler, Sarah, suggested "Australian Animals that KILL!" as a topic, and I could only think of the Opossum Sniper. 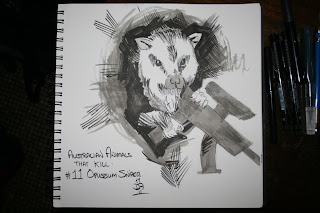 Mo went for the that's-not-a-knife Spider. 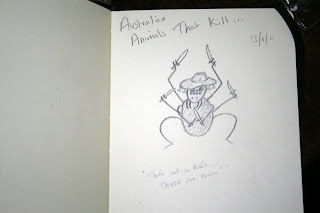 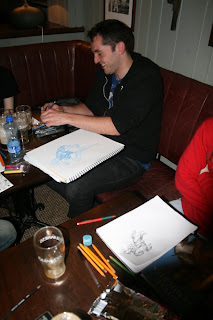 ...working on some cool pictures. 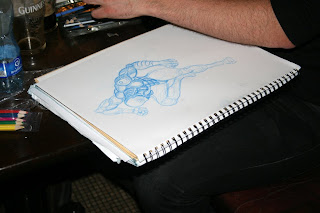 Sarah & Yolande were doing great work at their end of the table. 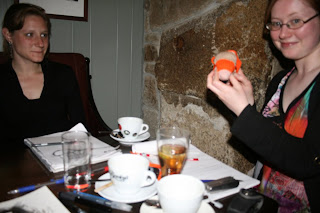 Sarah on the Australian Animal Topic. 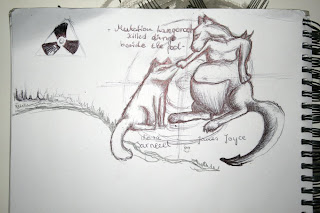 Yolande often finishes her knitted pieces later, so I forget to capture them. Here's the pieces of Tigger she was working on. 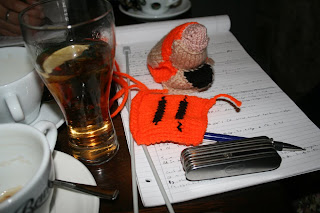 Ruaidhri was scribbling away, so now he's managed to attend and draw. :) 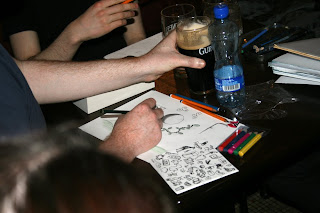 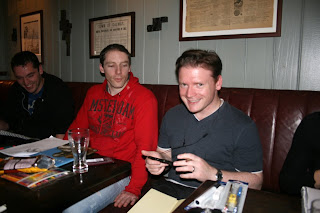 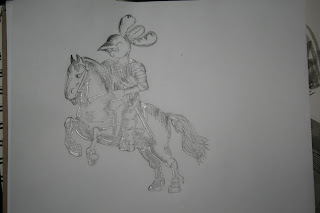 and Dermo on the lethal Australian Stingray. 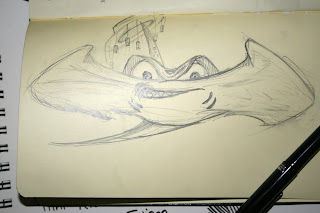 That was it for the Pub Scrawl! Fun Times!

donalfall out.
Posted by Unknown at 12:35 AM