I tell you, 'Scrawl watchers, I am so sick right now that I nearly let this Scrawl go on without me, but I struggled down a little later than usual to catch up with all the guys and girls and take some great photos. I missed Keith and Linda, who were also in the neighbourhood earlier on, but captured everyone else at one point or another. I'll try and get a photo of what Linda was working on through the old email, but for now, go over to her portfolio blog - her recent pieces are really nice!

Are you back? Good - here's your photos!

A good looking bunch of Pub Scrawlers - except whatever Dermo and Jay are doing, making faces in the background. 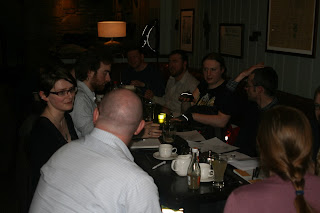 Jay was working on this awesome illustration, though, so I forgive him. 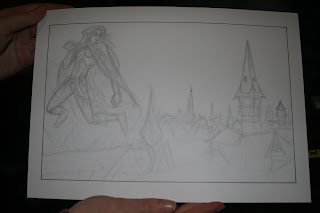 Meanwhile, all these long work weeks are telling on my sketches 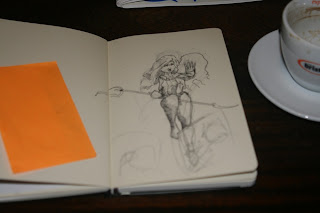 Gordon came to join in the fun! Gordon is a super talented guy we've been in touch with over the internet, it was great to have him over. Welcome! 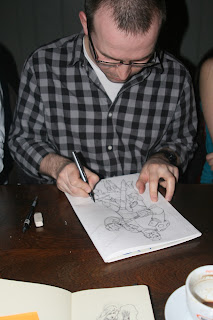 Dermo was showing off that inkling he bought cheap a few weeks ago! Jammy git. 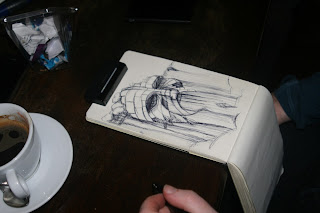 Katie was knocking it out of the park with her Raggy pics. She may be doing your weekly themes, Irish Sketch Society, but we had her first! 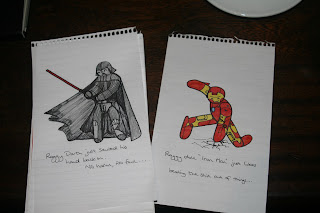 Patrick carried on with his insane character designs. 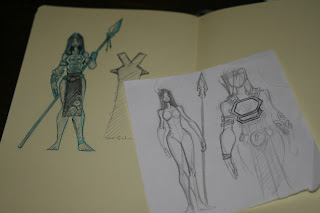 Alanna is practising portraits - and coming on in leaps and bounds! 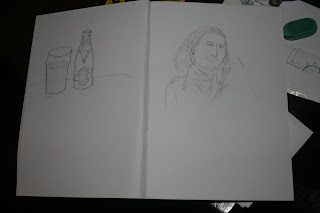 Oisin rejoined us after a long year at college - good to have him back. 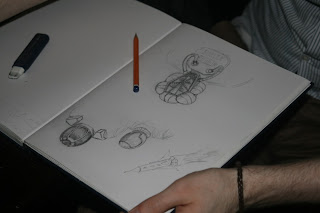 I was trying to stealthily photo Helen's work, but the flash gave me away. 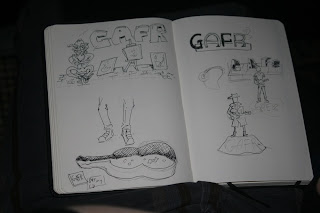 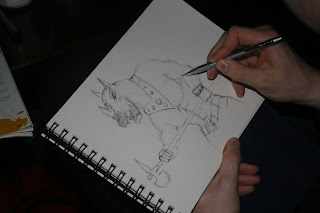 Nico was drawing a skeleton cyclist - and it's his new bio icon. Don't forget if you're a Scrawler you can feature on our "About" page! 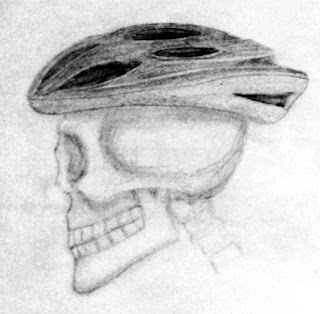 And Chuck thought his piece from last time needed a Gosling, so that's what he added ( based on this book - how awesome is that?). 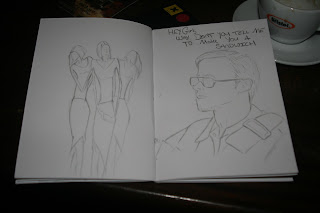 That's it you guys - a lemsip and bed for me. Hopefully all relevant data is here. :P Don't forget to check in next week for another Galway Pub Scrawl update, and in two weeks time for another Pub Scraaaaaaaaaaaaaaaaaaaaaawl!!!!!!!!!!
Posted by Unknown at 1:08 AM